Let us put the pieces together for you and provide solutions for drug testing.

Solutions to what may seem to be a daunting task of testing individuals for illicit drugs. We discuss drug abuse, what drug tests are, how to use them, and interpret the results and questions about testing.

What are drugs of abuse?

Drugs of abuse are the use of illicit drugs or prescription medication taken for longer than prescribed by the doctor to get high. Prolonged use or unintended use of certain drugs can lead to severe addiction and even death.

What is the function of a drug test?

To establish If an individual is using an illicit drug or abusing a prescription drug, which may impair their ability to function normally. The process for testing for drugs can be achieved with a rapid drug test. It is an inexpensive method for detecting prescription drug abuse or the consumption of illicit drugs. It is possible to detect the presence of many different drugs simultaneously.

How often should I test for drugs?

We recommend urine tests as they are inexpensive to buy, and results are almost instant. Urine tests are categorized as an immunoassay which produces a qualitative result; this would be either a “YES” or “NO” answer much like a pregnancy test. It will tell you yes there is a drug present or no there isn’t but not by how much.

What are Oral drug tests

Oral saliva drug test kits give very similar results to a urine test. The main difference between the two is that the device uses saliva from the mouth instead of urine for drug detection. Why would you use an oral test instead of a urine test? Well, the testing method makes it difficult to compromise or ‘cheat’; this makes it more desirable; also, there is no gender issue so that either sex can monitor the process. The downside to oral tests is the window of detection compared to urine is smaller, but it will detect a drug sooner.

Here is a comprehensive list of the detection times for both urine and saliva. 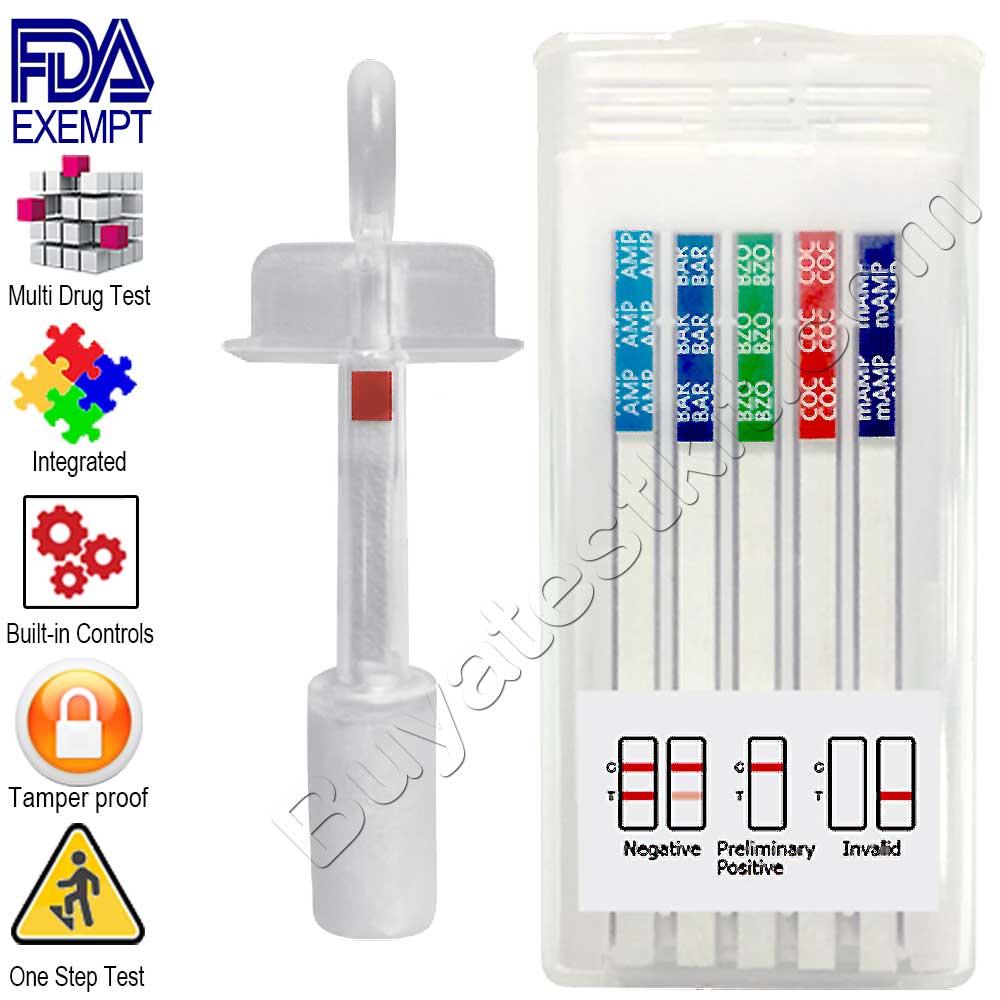 Why do tests have panels?

A panel determines the size of the test. For example, a 5-panel analyzes five drugs of abuse. The panels are an integral part of a drug test that collects and displays the information. There are many panels available, and each one will show the result of a particular drug. For example, when someone says “a five-panel drug test,” what do they mean? They mean a drug test that detects five drugs, and this could be any combination of any drug. There are many combinations available, the most common being: 1. Cocaine, 2. Amphetamines, 3. Marijuana, 4. Opiates, and 5. Methamphetamine.

Did you know, the more panels there are in a test, the more likely you are of catching the abuser; more panels mean more drugs are detected.

What does each panel represent on a drug test?

Each panel is color-coded or marked in some way identifying what substance is analyzed. The packaging will also indicate what substances are tested.

How accurate are drug tests?

A urine test is over 90% accurate. An Immunoassay is very sensitive at detecting drugs of abuse. If a drug is detected, there must be sufficient quantity to display a positive. Its cut-off level determines this. Cut-off levels are preset to specific values for each drug.

What are the test lines?

These are the lines that appear in the window of a drug test. Identified with a letter (T). These lines are apparent when the result is negative. See the image below.

○ What is a Negative result?

It means that no drugs were detected. A negative is determined by the cut-off level. This is the threshold, below the cut-off is negative.

No. If you see a line, it indicates a negative result. The presence of a test line, no matter how faint, is an indication that the test was negative. Some test lines may be weaker than others; this does not indicate that more or less of a drug was detected. See the image below.

○ What are the control lines?

The control line is the line identified by the letter (C); it indicates the test worked correctly. See the image below.

Why is the result negative when I know it should be positive?

Several factors can impact the test result when you know the person is abusing drugs:

If the sample was correctly collected and analyzed according to the manufacturer’s instructions, then probably none of the drugs screened were present in the sample. However, it could mean you are testing for the wrong drug!

Does a presumed positive mean drugs of abuse were found?

No. Take no action until you get the result from the lab; If you get a presumed positive result, it is essential that you send the urine sample to a laboratory, they will test it using specialized equipment to confirm your preliminary result.

Remember that a positive test for a prescription drug does not mean that a person is abusing the drug. Use the services of our Medical Review Officer. They are trained physicians who understand lab results and will advise accordingly.

Here are some solutions for drug testing successfully.

If you get a negative test result, but still suspect that the person is abusing drugs, test them again without notice. Use a device with more panels to potentially detect another drug of abuse missed with the last test. Make sure the sample provided has not been diluted or substituted. Checking the temperature before testing is a quick way to establish whether the example was replaced. Talk to your doctor if you need more help on what steps to take.

What is the timeframe for detecting drugs?

The table below shows the detection period for common drugs of abuse. These are only guidelines as times can vary significantly; often due to how often the person used the drug, the amount they used and the person’s metabolic rate.

After consuming a drug, the body metabolizes the parent drug into another substance. A drug screen is designed to detect these metabolites by analyzing human urine. Back in the seventies, the government established levels that determined whether the result was positive or negative. These are called cut-off levels. Laboratory analysis is designed to detect only one primary breakdown product compared to a drug screen; therefore, the minimum amount needed to be present in the urine is generally lower. (see chart below)

After ingesting a drug, the body metabolizes the substance into as many as eight different breakdown products. These combine to cause a test to read as a possible positive from a urine test. At the lab, the confirmation test is designed to detect only one. In the example above, Marijuana would have a cut-off screen level of 50 ng/mL, whereas a lab confirmation level is only 15 ng/mL. Only one substance must be present at 15 ng/mL for the lab to consider the urine positive. If the element is present at 14 ng/mL or lower, the sample is found to be negative.

How long does Marijuana stay in your system?

Occasional users: possibly up to 10 days. Many variables make it difficult to project precisely how long the drug may be detectable. We have found that Marijuana can stay in your system for over 60 days; this all depends whether they are an occasional user or a chronic user. The metabolite of Marijuana is Tetrahydrocannabinol (THC) and tends to stick to fatty areas in the body. Moreover, consuming no amount of fluids – even diuretic fluids – will permanently “flush” it out of one’s system. The best solution is to abstain and take plenty of exercises.

One of my teens admitted to using drugs last week, but the test result was negative. Why?

Most drugs are excreted from the body within a few days, except for Marijuana. If your child admitted to using Marijuana, and he or she is an occasional user, the drug has likely cleared from the body before testing.

Questions and Solutions for drug testing

○ Why is the process of drug testing so important?

It’s crucial that you thoroughly understand the process of testing. Before using a urine drug test, check the urine temperature is within range; typically 93 to 98º F. Test for adulteration, dilution, and substitution. The urine you are about to test has to be fresh and clear from adulterants. Be very strict about this and don’t accept excuses as it’s a sure sign of a cheater. Do it right and get the correct result!

For a complete guide on testing an individual, select Drug Testing Instructions.

○ Can I use urine out of the toilet for the test?

NO. Urine in the toilet has been diluted and may have been exposed to cleaning agents that would affect the test results. We do not recommend using urine collected in this manner; the results would be inconclusive.

Let’s get started; you must grasp the basics of drug testing, so you understand what to expect and how a drug test works. The first rule is to follow the manufacturer’s instructions, and the second rule is to use our guide to get the best from testing. 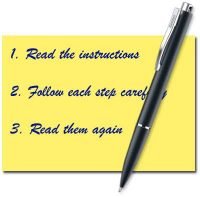 Always follow the manufacturer’s recommendations to get the best from a drug test.

“Don’t take drug testing lightly, as an individual’s credibility is at stake. More…

Prescription drug abuse among teens has become a significant problem. 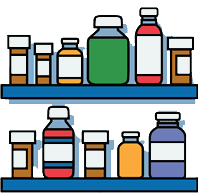 Check your medicine cabinet for old and unfinished prescription drugs and responsibly dispose of them. 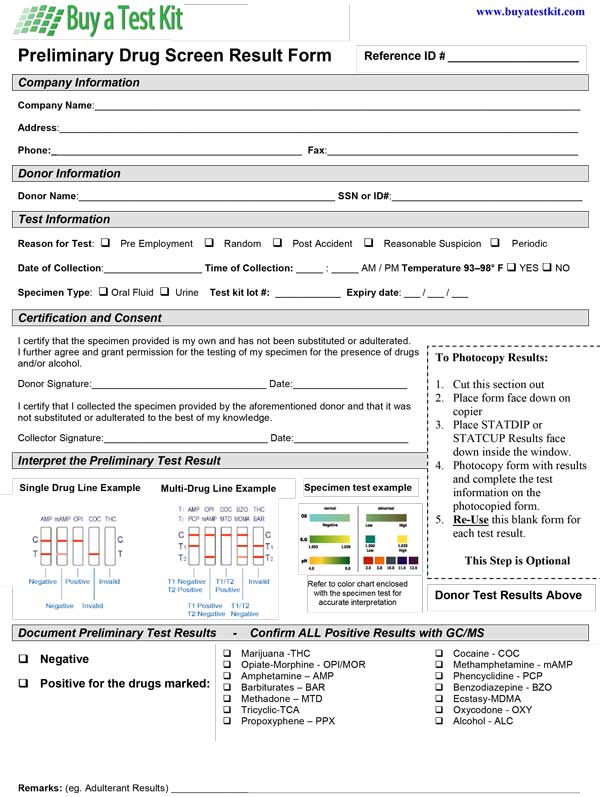