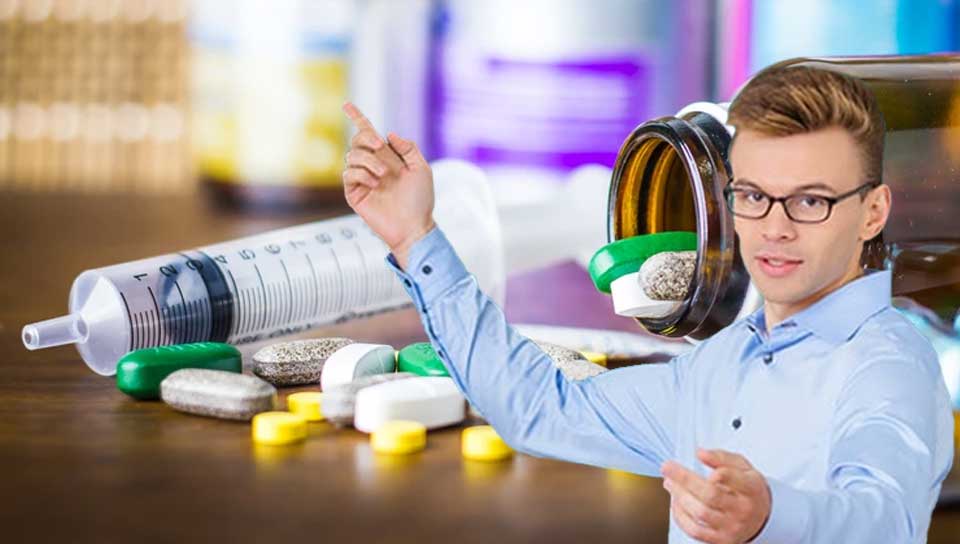 What you need to know about illicit and prescription drugs.

Abuse of drugs and alcohol is often painful for families and friends to endure. Testing an individual for abuse is straightforward. The list below outlines the most abused substances, and from there, you can find a suitable test. We have put together a list of commonly abused drugs showing their effects and symptoms. Moreover, we have provided links to products that detect these drugs.

Cotinine, the major metabolite of nicotine, is an analyte for the determination of tobacco usage. Nicotine can be detected in urine, but it is influenced by various factors, including; the type of tobacco used, filtered vs. nonfiltered cigarettes, how heavily the individual inhaled the smoke, and the number of cigarettes smoked per day. These variables make it difficult to determine precisely how much an individual smokes or uses tobacco; however, the testing methodology does have the precision to differentiate applicants exposed to a smoking environment from the tobacco user.  The cotinine test identifies nicotine use.  We estimate 25% of smokers or 5% of the total population fail to report potent correct smoking status.

Tests for Nicotine are available HERE.

Ethanol, the metabolite of alcohol, is commonly used to screen for recent alcohol consumption. Peak blood levels usually occur within 40-70 minutes on an empty stomach. Food in the stomach can decrease the absorption of alcohol. Symptoms of intoxication in the presence of low alcohol levels could indicate a severe acute medical problem requiring immediate attention. The half-life and effectiveness of certain drugs (e.g., barbiturates) are increased with the presence of ethanol.

Amphetamines are potent central nervous system stimulants with high abuse potential. They produce an initial euphoria state (a high) followed by restlessness, agitation, irritability, and sometimes extreme paranoia. Tolerance develops rapidly and, although physical dependence has not been proved, psychological dependence is very high. Amphetamines are prescribed primarily to treat attention disorder, hyperactivity, and narcolepsy, but these compounds are used as a last resort in these treatments because of the high abuse potential.

There is a variety of these sedative-hypnotic drugs. However, all are derivatives of barbituric acid. The long-acting barbiturate phenobarbital selectively reduces the excitability of rapidly firing neurons and is, therefore, an everyday anticonvulsant drug.  Short and ultra-short drugs inhibit arousal, hence their sedative and hypnotic effects.  Low doses produce sedation, drowsiness, sleep, and also impaired judgment. At high doses, anesthesia is produced.  Very high doses can cause stupor, convulsions, and death.

Among this group of drugs, the most prominent is Valium. Benzodiazepines are used therapeutically as minor tranquilizers. Doses between 2.5 and 10 mg produce a calming effect while higher doses produce muscle-relaxing results. Drug addicts utilize Valium in high doses to counter the excitatory effects of other drugs or as a means of inducing tranquil states. Acutely, benzodiazepine overdose may produce lethargy, confusion, seizures, and coma. Rarely, hypertension, respiratory depression, and cardiac arrest may occur. Chronically, physical and psychological dependence occurs. The drug’s sudden discontinuance may lead to anxiety, sweating, irritability, hallucination, diarrhea, and seizures.

Marijuana consists of the dried leaves and flowering tops of the Cannabis sativa plant and is a source of psychoactive agents, a major one being delta 9-tetrahydrocannabinol ( Delta 9-THC). This drug is rapidly absorbed by the gastrointestinal tract and the respiratory system after oral or inhalation routes of ingestion. When smoked, the drug is quickly metabolized and detected in the urine within a few hours and up to thirty days.  Regular users report a feeling of euphoria, hallucinations, and relaxed inhibitions.

Cocaine is a central nervous system stimulant. It usually appears in the form of a fine crystal-like powder, although it can come in larger pieces called rocks, which are the free-base form of the drug and are injected, snorted, or smoked.  The effects of the drug begin within minutes and peak within 15 to 20 minutes. These include dilated pupils, increased blood pressure, heart rate, breathing rate, and body temperature. The dangers associated with cocaine use vary depending on how the drug is taken and the individual. Some regular users report feelings of restlessness, irritability, anxiety, and sleeplessness. Even low doses of cocaine may create psychological problems. The use of high doses of cocaine over a prolonged period may lead to paranoia, commonly called cocaine psychosis, which includes hallucinations of touch, sight, taste, and smell.

Methadone is a non-bicyclic drug that binds to morphine receptors in the brain. Although it can become addictive, the effects are less than those of equivalent concentrations of heroin. Thus, the administration of methadone to heroin addicts allows them to experience the effects of heroin but in a modulated manner. A gradual lowering of the dose reduces physical dependence; however, methadone addiction can also occur.

The primary use of Methaqualone is for its sedative-hypnotic properties. It also possesses anticonvulsant, antispasmodic, local anesthetic, antitussive, and weak antihistamine actions. Oral administration leads to rapid and complete absorption of the drug with peak concentrations within 2 to 3 hours. Tolerance to some of its actions and dependence occurs such that abusive dosages can be up to six or seven times greater than those employed therapeutically. Overdose symptoms are similar to barbiturate toxicity and produce depression with lethargy, respiratory depression, coma, and death.  Unlike barbiturate overdose, muscle spasms and convulsions can result.

Opiates are drugs such as heroin, codeine, and morphine and can produce a very high physical or psychological dependence by their users. You can test for codeine and morphine (a metabolite of both codeine and heroin) and the metabolite of heroin.  You can also check for hydrocodone (Vicodin, Lortab), hydromorphone (Dilaudid), and Oxycodone (Percodan) from a full drug screen. Users report feelings of euphoria, analgesia, drowsiness, and respiratory depression.

Phencyclidine is exclusively used as a drug of abuse. It has numerous effects on various neural pathways, and hence a wide array of bizarre symptoms can be seen in the same patient. Its physiological effects appear to be analgesic, anesthetic, and, paradoxically, stimulating.  Because of its various actions, clinically acute manifestations vary from depression to euphoria and induce catatonia, violence, rage, and auditory and visual hallucinations. Vomiting, hyperventilation, tachycardia, shivering, seizures, coma, and death are also common occurrences that result from the abuse of this drug.

Propoxyphene is an analgesic drug with very similar pharmacological properties to those of opiates like morphine. A primary cause of drug-related deaths is propoxyphene overdose, either alone or in combination with depressants like barbiturates and alcohol.  Results show that the symptoms are similar to opiate overdoses, i.e., respiratory depression, cardiac arrhythmia, seizures, pulmonary edema, and coma.

Follow Us
Product Manager
SATISFACTION GUARANTEED. Our drug test kits are backed with a 100% satisfaction guarantee or your money back. Our products are FDA cleared, tested and used by organizations throughout the United States. We know how important the accuracy of a drug test is and that's why we are committed to supplying only the most reliable, highest quality products available. Delivering you accurate results and peace of mind.