Why are there different
drug test panels?

All the analysis is achieved from the different drug test panels.

A panel is a way to describe how many substances are detected by a given assay. And so, asking for a five-panel drug test only tells us how many substances are detected at once. What is more important is what the different drug test panels actually detect. A panel means nothing on its own it’s just a description of how many tests are done at once. When you buy a test kit it’s important to understand what drugs are to be tested and why. Employers and Parents should consider that the correct substances screened on the panel are the ones needed.

There seems to be no strict definition of which drugs should be tested and how many panels used. NIDA does, however, make some recommendations and it’s worth taking a look.

To conclude, A 3-panel assay identifies three drugs, a 5-panel detects five, and a 6-panel identifies six and so on.

Who decides why we need different drug test panels?

Who or what decides why there are different drug test panels? Different panel sizes have come from demands from customers, they have different needs for different situations. Some want to test for one drug whilst others need to as many as they can. In some cases, particularly now many states have legalized Marijuana the configuration for a standard five-panel has changed. Instead of having a panel that includes Marijuana, that panel now tests for Oxycodone instead. Panel configurations are changing all the time with some cup tests now including Fentanyl,  K2/Spice, Tramadol, and EtG Alcohol. Larger corporations, staffing agencies, and smaller employers may decide to customize their panel by adding Methamphetamine or Oxycodone.

A five-panel assay is often the assay of choice by companies because historically it’s what has always been used. Individuals who want to pre-test will often use a ten-panel to cover all bases before they take their company test; this is common practice and sensible. In industries where heavy machinery is operated or company are vehicles used, their test may vary from a five-panel, ten-panel, or even twelve.

A standard ten-panel assay may screen for Amphetamines, Benzodiazepines, Barbiturates, Cocaine, Ecstasy, Marijuana, Opiates, Methadone, Propoxyphene, and Methamphetamines. Prescription drugs are often the substance of choice and abused to the point where it is likely to impair their ability to operate machinery in a safe manner. A typical ten-panel device is often used to test employees in law enforcement and occupational medicine, as well as a person on legal probation. Further, many civil servants are required to pass a 10 panel screen, particularly if their job entails dangerous work or work where the employee is responsible for the safety of others.

A twelve-panel assay is often administered as an extension to the 10 panel and looks for either the presence of other opiate-based drugs and prescribed substances.

In conclusion, there are many different drug test panels available, each one suits a particular need for a specific situation. Make sure that select the best combination of test panels that best fit your requirements. The price difference between a 5-panel and a 12-panel is by in large irrelevant, because the price of getting it wrong might be someone’s death. If you want to see more panel combinations from 1-panel to 16-panel cup tests, click here.

Top rated home drug test kits. If you, like me had a situation where someone in the family had a drug problem, then where do you go and what do you do to get help? My wife was drinking too much and taking pills. I started by searching the internet for answers but was going around…

Urine Temperature – The Art of Drug Testing I was reminded a few days ago about an individual who wanted a drug test for their job. They requested a 10-panel drug test, which is fairly standard. We try to be vigilant when we test and have all the safeguards to catch the cheaters. But sometimes,… 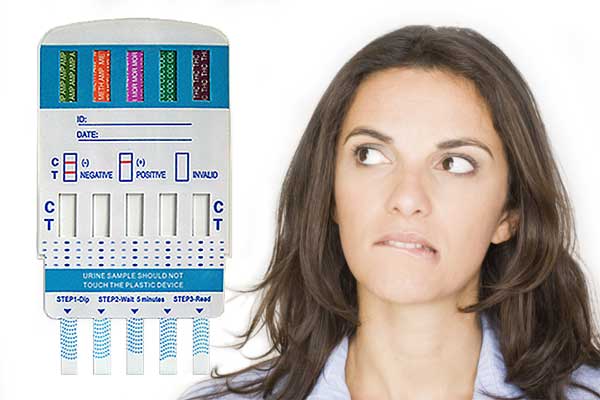